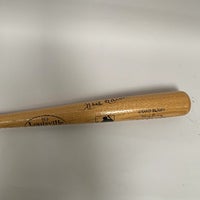 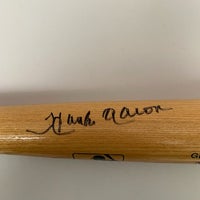 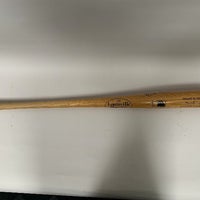 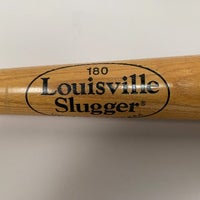 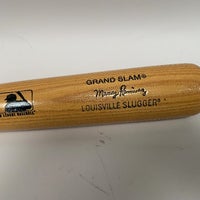 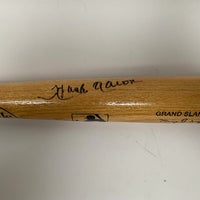 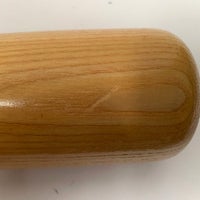 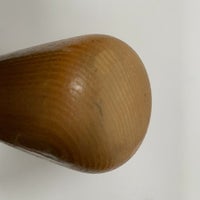 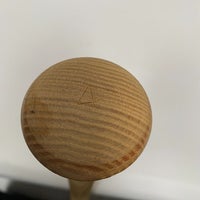 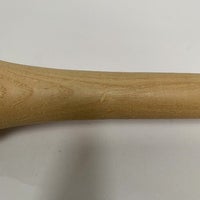 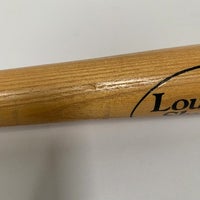 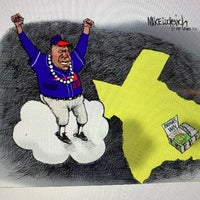 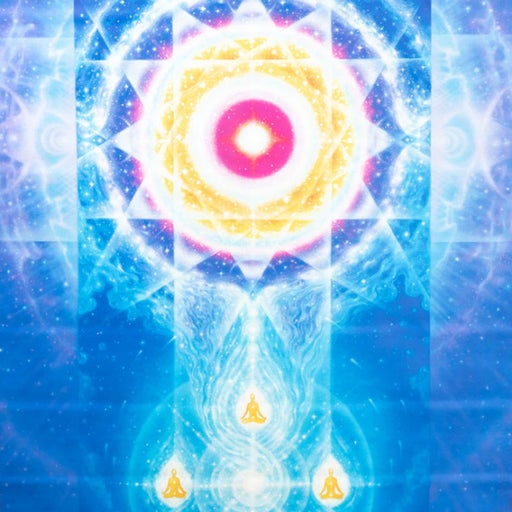 9 people have liked this item. Be the first to snag the deal.

Louisville Slugger Grand Slam Manny Ramirez, Model 180 - 33" Baseball Bat signed by Hank Aaron. Here's how I got this bat...By 2007 baseball legend and business entrepreneur Hank Aaron had successfully sold all but one of his eight auto dealerships. Hank Aaron Toyota (now Jim Ellis Toyota) of McDonough GA hired my ad agency to produce two :30 TV spots to be aired locally. Under the campaign theme “the real deal” Mr. Aaron agreed to appear on camera in each TV spot with this bat I had purchased at Dicks Sporting Goods for the shoot. At the end I asked if he would autograph it, which he graciously did. I do have copies of the commercials to show him with the bat. I've kept this bat displayed in my office and now at home on a bookshelf. This would be a great addition to anyone's Braves memorabilia collection. In great condition. Pictures show where there are a few flaws.